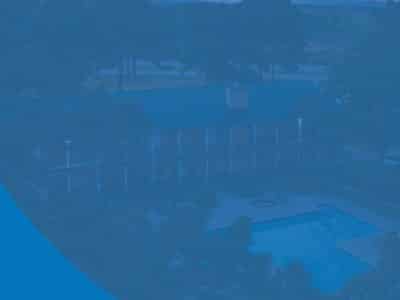 One of the newest and least-known treatments for substance use disorder is the Matrix Model, devised in the 1980s by the nonprofit Matrix Institute on Addictions. Although it was specifically created to deal with the then-scourge of stimulant addiction — especially cocaine — it has since been adapted for other types of addiction, including the current opioid epidemic.

Cocaine wasn’t seen as much of a problem, either. It was regarded as a recreational drug more than a drug of addiction. It was illegal, and it could cause physical or mental problems, but even users seemed to use it occasionally. In the 1980s, the crack epidemic changed that perception.

Once cocaine was seen as a problem, the lack of specialized treatment became another problem. There were also no medication-assisted treatments available for stimulant addiction.

What Is The Matrix Model?

Matrix Model substance abuse treatment is an intensive therapy that combines elements of several different therapies. This is one of its benefits, because it promotes an idea that is now almost universally accepted about substance use disorder: no one treatment works for everybody, and almost everybody benefits from a combination of treatments.

Just as important is the relationship between the individual client and the group of clients, who meet more often than the client does one-on-one with the therapist.

It was also designed to be an intensive outpatient therapy, meaning that clients attend therapy during the day but then go home at night. The Matrix Model program has also been adapted to include residential inpatient therapy. Back in the ‘80s, many rehab therapies were once a week.

Currently, the usual maximum for most treatment plans is three months/90 days and some only last four weeks. The Matrix treatment plan is meant to last at least four months and may continue for as long as a year if necessary.

Take The First Step Towards Recovery

Talk to a Intake Coordinator

The Matrix Model – Stages of Recovery

There are several stages of recovery in the Matrix Model curriculum.

Withdrawal is the process the body and brain undergo when drug use stops. It can be painful, disorienting, and occasionally life-threatening. It is the drug’s way of making people with substance use disorders continue their drug use after it has become a problem for their health, finances, and relationships.

The first symptom experienced during withdrawal is a crash. Cocaine and other stimulants make users feel energized, alert.

When use stops, they become tired, sleepy, or have trouble sleeping. They may feel drained, maybe depressed. They may become paranoid.

Above all, they crave the drug. They might try to cope by using another substance such as alcohol or marijuana.

The danger is they may relapse, especially if they encounter triggers: people with whom they used drugs or a location where they used to buy or use drugs. This danger may extend into the second stage.

This is the most intensive part of the Matrix Model. Clients are expected to attend:

These groups are required beyond the withdrawal period into the honeymoon period, at least for the first 28 days.

The physical symptoms of withdrawal usually subside or become manageable during the first phase, but the psychological symptoms such as cravings likely will continue into early abstinence.

There may be a temptation to consider their cocaine use as over and that things can return to normal. People may become overconfident in their abstinence and want to stop participating in the Matrix Model process or resume some behaviors that contributed to or allowed their drug use.

Lingering symptoms from cocaine cessation may put them at risk for relapse without the Matrix Model structure.

Beginning about day 36, the Matrix Model schedule lightens up. There is less emphasis on attending early recovery education, fewer 12-step meetings are required, and family education can be replaced with other types of social support if the clients prefer. This lighter schedule continues into the next phase.

The Wall (Days 46-120) or Protracted Abstinence

In any major behavioral change, such as substance use rehab, an exercise routine, or a diet, people can hit a wall where they no longer see the benefits and feel the deprivations.

They may fear that the lingering symptoms — feeling tired during the day yet having trouble sleeping at night, a lack of energy and focus — won’t go away and wonder whether they were better off on drugs. They feel apathetic about everything, or feel that no one knows what they are going through or cares.

By the time this phase ends, all that remains of the active Matrix Model structure is social support and 12-step meetings, both of which should continue at least through the first year of recovery.

Sometimes this stage is broken into two parts: Adjustment (through day 180) and Resolution (day 181 onward). Both are periods of aftercare. Instruction and structure are over, now it’s all down to maintenance. Officially, this stage or stages end after one year, but unofficially, this is a lifelong process.

Addiction or substance use disorder is never cured per se. Once addicted, there is always a risk of relapse. Actor Philip Seymour Hoffman was sober for more than two decades before he relapsed. Even though he checked himself back into rehab, he was dead from an overdose less than a year later.

Triggers for relapse at later stages can include overconfidence, job dissatisfaction or relationship troubles, guilt, anger at oneself or others, or as trivial a reason as boredom.

The Strengths and Weaknesses of the Matrix Model

The strengths of the Matrix Model include its comprehensive nature, its success rate, and that there is a manual — available free — that allows all trained addiction specialists to follow its precepts.

Its weaknesses include that it is a rigid program that requires specialists trained in it. It is also narrowly focused on addiction, but addiction is frequently accompanied by a co-occurring mental health issue — such as depression, anxiety, or schizophrenia — that requires separate treatment. The Matrix Model may not accommodate such needed co-occurring therapies.

No rehab method is perfect for everyone by itself, not even one as inclusive as the Matrix Model.

Heidi Bitsoli has been a content writer with Sunshine Behavioral Health since 2019, where she researches and writes articles, guides, and blog posts on mental health and addiction. Prior to ... Read More

Dr Jayasudha Gude MD graduated from NTR University of health sciences in 2010 in India. After graduating, she worked in India for about a year and moved to the United ... Read More 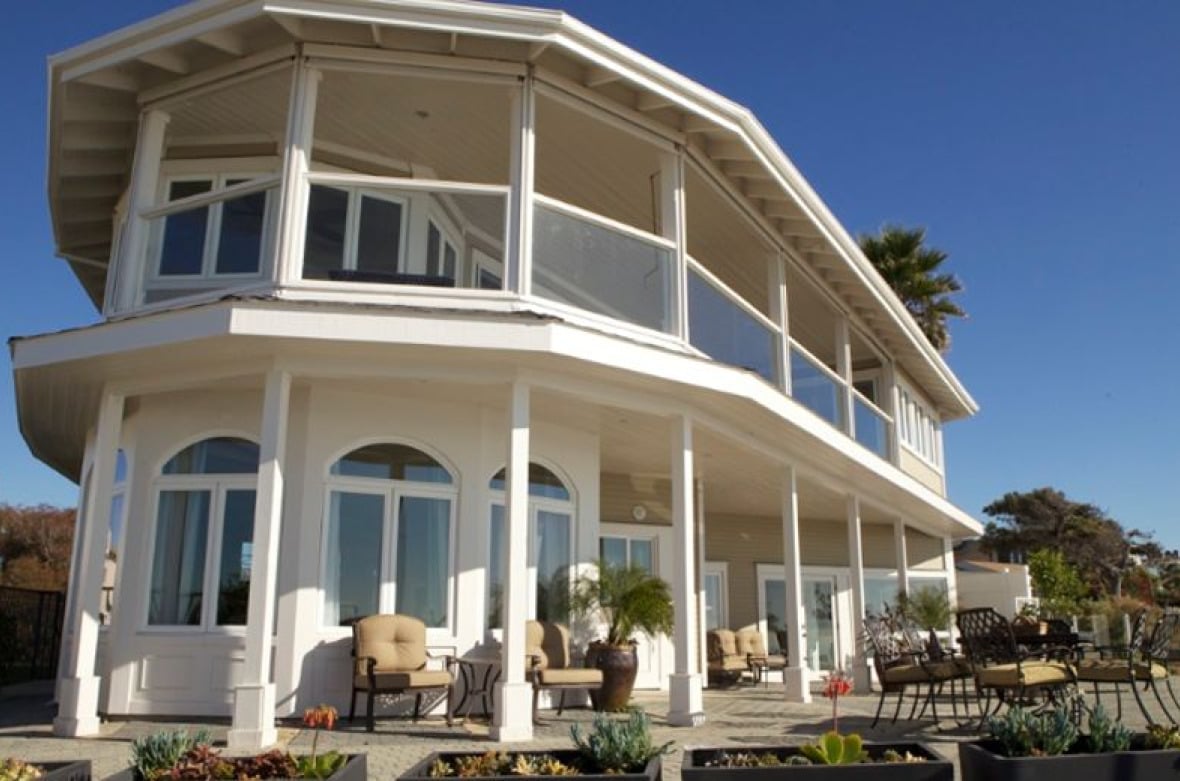 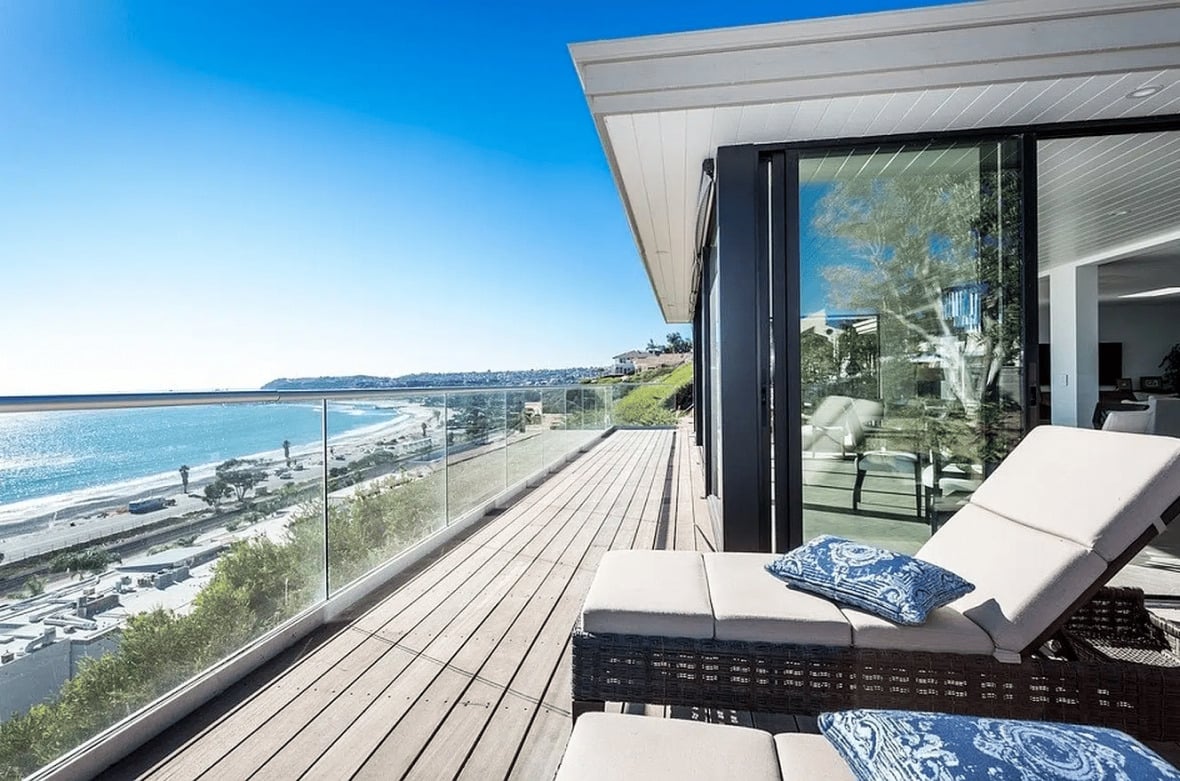 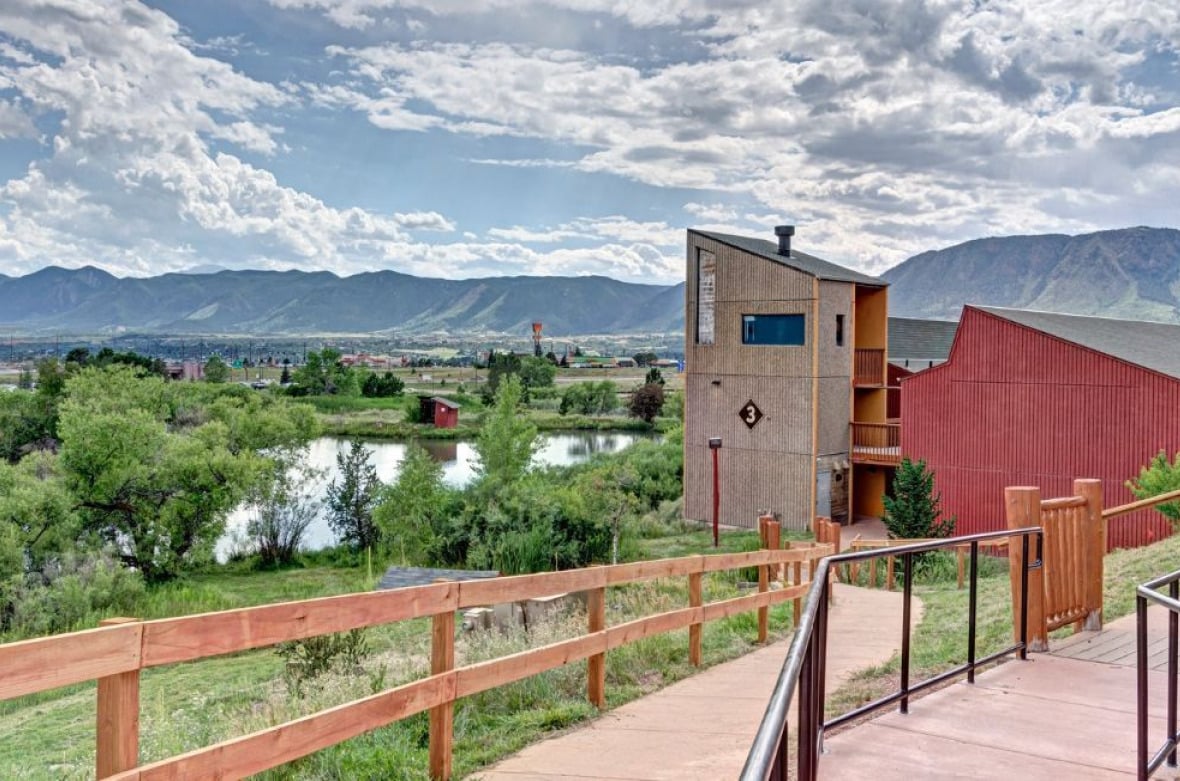 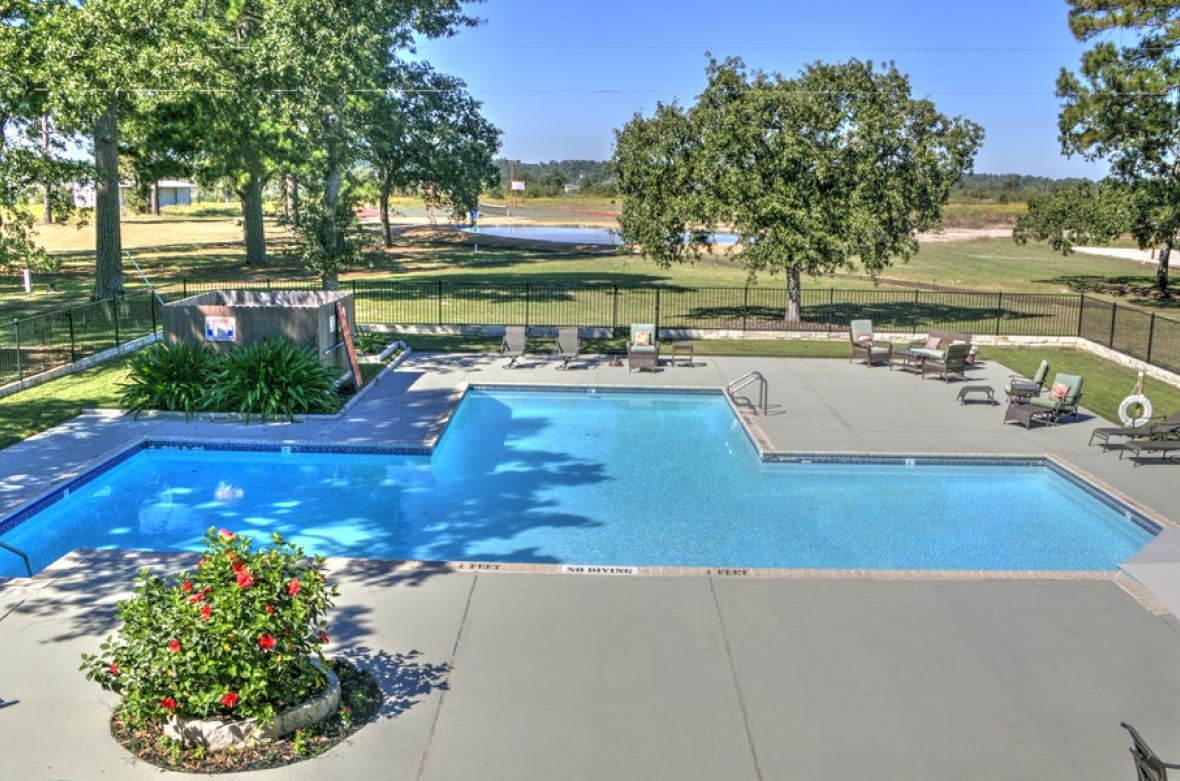 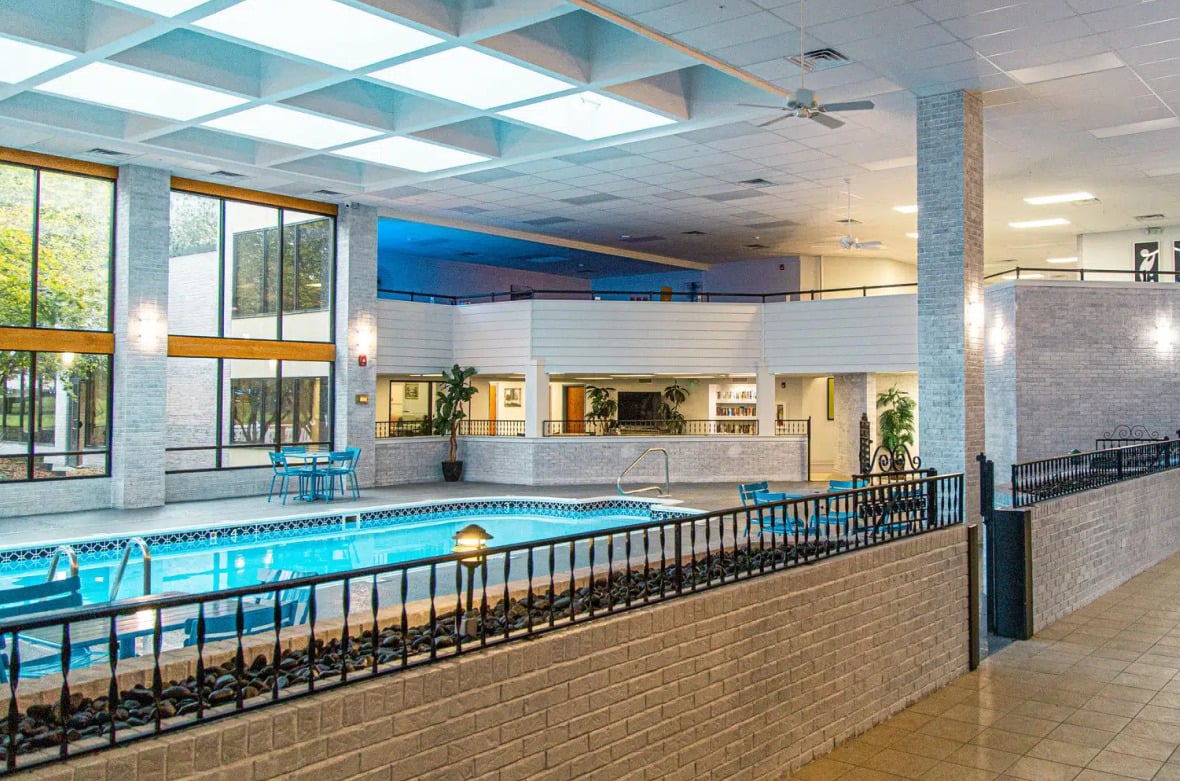